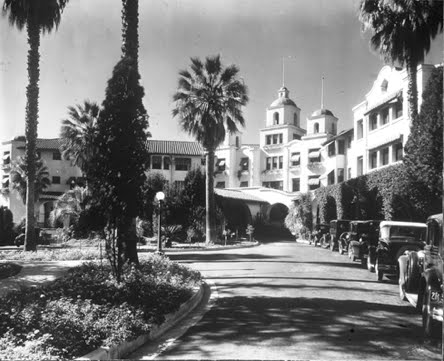 Black is the New Pink 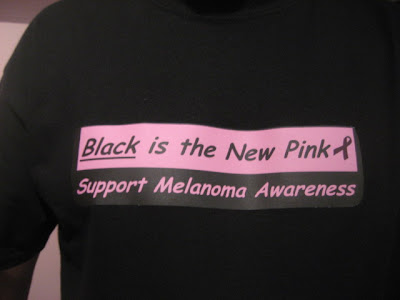 Okay, that’s a gross exaggeration but May is Melanoma Awareness Month and you can’t fault me for a bit of sales puffing for the cause. Through blogging and social networking (two things that a couple of years ago I’d have sworn I’d never do) I’ve had the privilege of ‘meeting’ some inspiring crusaders who are working to increase melanoma awareness. Among them is the designer of the pictured t-shirt and author of www.blackispink.blogspot.com, from whom I’ve borrowed the title of this post without permission. But I don’t think he’ll mind.

Before checking into this Hotel, I found cancer awareness campaigns to be mildly annoying—and I wanted to tell campaigners to just shut up and go work on a cure. But I’ve come to understand that true cures are likely a very long way off, or might never be found because the mutation rate of cancer cells is such that they may always find a way to work around every new treatment weapon developed. Prevention and early detection just may, at least for the time being, be the only effective means to reduce the increasing number of melanoma deaths. So, my hat goes off (but only in the shade mind you) to all you awareness campaigners.

To celebrate Melanoma Awareness Month, I’ve written some new lyrics to the Eagles’ “Desperado”; every cause needs an anthem and maybe this one will catch on…


Melanoma, why don't you come to your senses
You've been building defenses,
for too long - now.
Ohh you're a hard one.
But know that we'll get your number.
Oncologists beatin’ you,
They’ll cure you somehow.

Hope you draw the queen of Yervoy boy,
She'll beat you if she's able.
You know metastasis is always your last bet.
Now it seems to me, some fine meds
Have been laid upon our table.
And we only want the ones
That you can't beat.

Melanoma,
Ohhhh you ain’t getting no older.
You’re bold but we’re bolder,
We’re taking you down.
Remission, remission.
Well that's just some doctors talking.
Our vision is putting you way underground.

And our skin stays pale like it’s winter time.
Our scans won't glow and the sun will shine.
It's hard to see the fright times from today.
And we’re dodging most your strikes and blows,
And we’re hopin’ that the healing grows
each day...


I woke up to several inches of wet snow this morning, so I’m off to borrow a revolver and shoot six holes in my freezer.
Posted by Rich McDonald at 7:33 AM 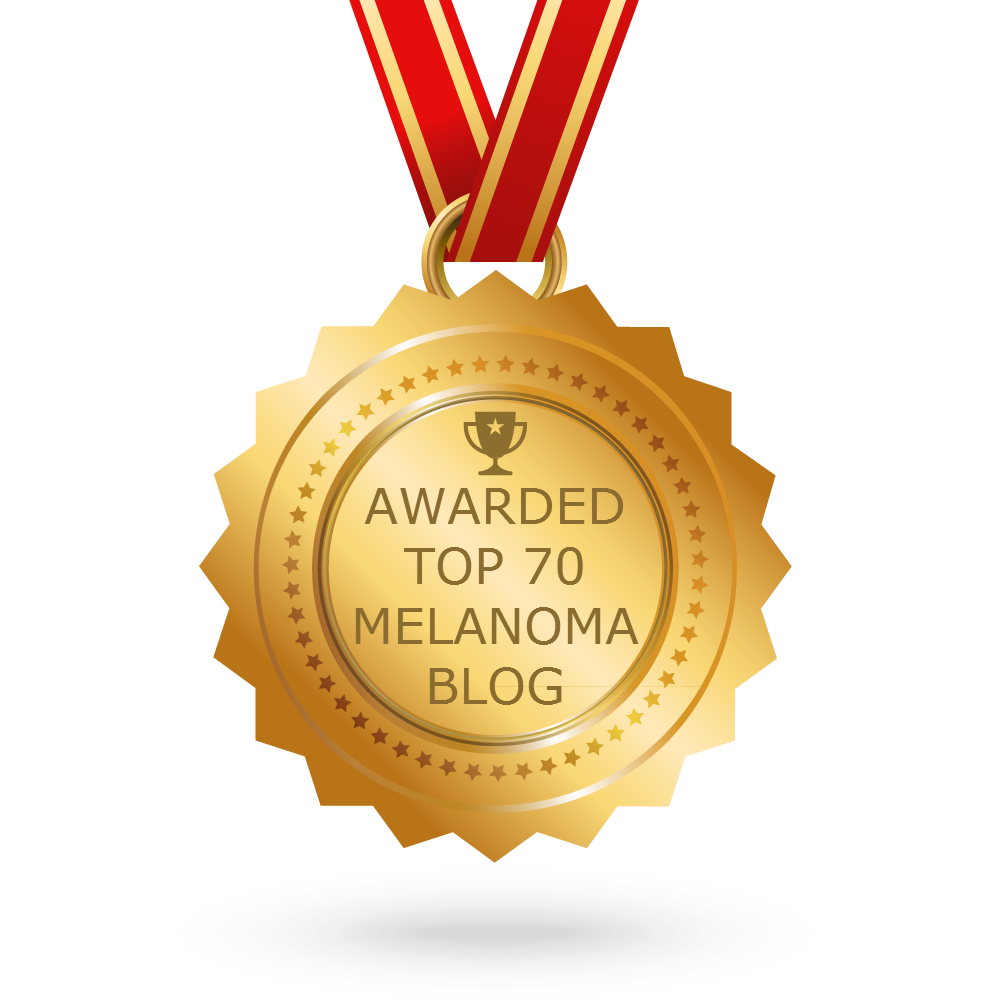 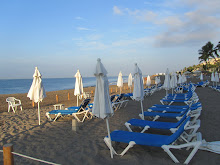